We all waited for this for too long. The rework of the one of the best champion in League of Legends – Mordekaiser, known by an audience that is not playing League as guitar men of the Pentakill group. His new appearance is amazing. The whole model was rebuilt from the ground. The only things that stay in common – that he still looks like the biggest dude you ever saw in the heavy armored shell. But if you’ll look closely you’ll see a lot of incredible details.

But not the appearance is the thing we love in Riots Reworks. The mechanics – is the core of our excitement! In the past, his abilities were representing him more like a necromancer than a giant warrior. The laning phase was awful for him as well, he could win the lane only in the case when an enemy does not know how his skills work. Long story short – he was totally useless. 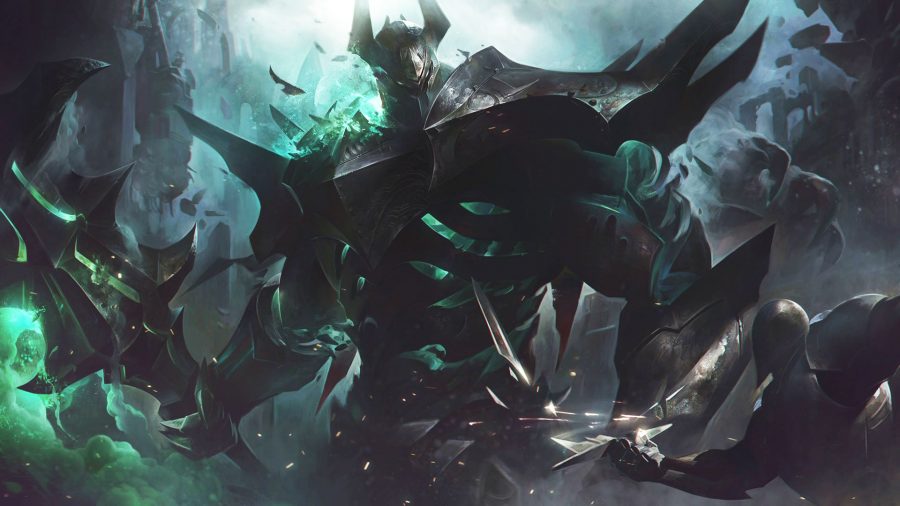 The new Mordekaiser feeling more like the person, you would never fight in the 1×1 fight. His kit was updated with the CC abilities that are extremely useful in League of Legends boosting. And the most important thing – his skills are bound to his huge mace!

Passive: Darkness Rise – Bonus magic damage is dealt with the basic auto attacks. Every three attacks or abilities will gain you an MS buff.

Q: Obliterate – Mordekaiser smashing the area in front of him with his mace, dealing AOE magic damage.

W: Indestructible – 25% of taken damage will be soaked and transformed into a shield. Additional usage of the ability will convert this shield into HP.

E: Death’s Grasp | Passive part – 25% of Magic Penetration. Activation – rake enemies towards you and dealing damage to anyone you hit with that ability.

R: Realm of Death – Steal a part of the enemy’s primary stats and teleporting them into the Death Realm, where you will be dueling with your enemy form seven seconds. If you’ll win the duel you’ll keep the stats until he respawns.

As you can see, the new abilities have much clearer ways of usage than old ones. Ultimate now is a really interesting tool that will help you in any aspect of the game. From saving your allies from the strongest champion, letting them win the teamfight, to the simple split pushing scenarios

The advantages of Employing a Global IT Support Services Provider